Veridos, a world-leading provider of integrated identity solutions, announces it has entered into a strategic partnership with Innovatrics and its leading ABIS database, taking Veridos’ holistic VeriDNA solution for civilian use of DNA IDs to the next level. This marks a turning point in the DNA-based identification and verification of individuals which has long been used only in the field of forensics.

A key step in the evolution of Veridos’ VeriDNA solution is to integrate applications from leading third-party vendors. Innovatrics is well-known in the ID industry as a long-time provider of NIST-certified ABIS (Automated Biometric Identification System), which allows government agencies to store biometric data of all types, such as fingerprints, iris scans and facial geometries, and compare them with biometrics from checkpoints at lightning speed.

Veridos’ and Innovatrics’ strategic collaboration allows DNA IDs generated by VeriDNA to be fed into ABIS, taking the verification of individuals to an even higher level – offering benefits in sensitive areas such as border crossing. Here, the solution provides fast and reliable insights from which authorities can derive appropriate alternative courses of action.

In addition to its unsurpassed accuracy, a DNA ID is also characterized by lifelong immutability and absolute protection against forgery. Furthermore, the solution guarantees the privacy of the person in question, since a DNA ID consists only of an anonymous sequence of numbers that does not contain any personal information.

These advantages make DNA-based identification well-suited not only to forensics but also civilian personal identification. However, the time-consuming and labor-intensive process of creating DNA IDs has so far prevented its widespread use in civilian settings. The introduction of VeriDNA with its rapid and fully automated and thus laboratory-independent DNA ID generation represented a breakthrough, allowing governmental institutions to integrate DNA IDs into their ID infrastructure.

“Use cases for ABIS range from issuing biometric and other ID cards to securing elections on most continents,” says Matus Kapusta, Head of the ABIS Business Unit at Innovatrics. “Our ABIS, with its NIST-approved algorithms, is one of the fastest and most accurate systems in the world. Adding VeriDNA DNA ID biometric data to this significantly increases its value to our customers.”

“Working with Innovatrics on this new and exciting initiative is an important step for us,” emphasizes Corinna Schindler, Head of Verification at Veridos. “Users of our solutions now have access to the outstanding technical capabilities of the Innovatrics ABIS system for professional verification of VeriDNA-generated DNA IDs in their ID infrastructure.”

Innovatrics is creating waves in edge processing. Our innovations are pushing its boundaries to the next level, shifting …

END_OF_DOCUMENT_TOKEN_TO_BE_REPLACED 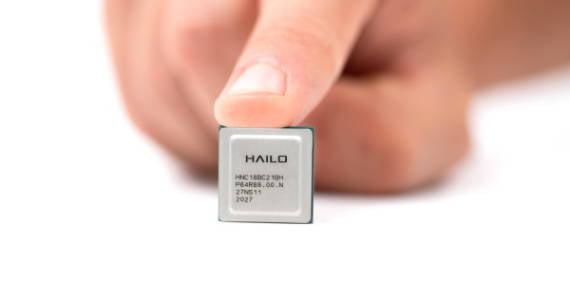