The Most Asked Questions

Who Are the Main Users of AFIS?

AFISes are mostly used by governments for identification in elections, civil registers and law enforcement. In criminal investigations, the so-called latent fingerprints lifted from a crime scene are compared to the database records of known criminals and unknown fingerprints.

Companies also use it for security purposes, e.g., in cases where national IDs are unreliable and identification with fingerprints can improve their risk management.

If an identity management system uses more biometric modalities than just fingerprints (e.g., faces or irises), it is referred to as ABIS (Automated Biometric Identification System).

How Does AFIS Work?

For the purpose of comparison and search, AFIS contains so-called templates, which are mathematical representations of stored fingerprint images. When searching for a match, these templates, not the actual images, are compared, resulting in much faster search times. (This also means that the usual Hollywood image of fast changing fingerprint images on computer screens is pure fiction).

In countries with unreliable national ID systems, biometrics ensures individual uniqueness for statistical purposes and is considered the most reliable form of identification and authentication.

When was AFIS created?

The very first AFIS was created in 1974 by the Federal Bureau of Investigation (FBI). It only contained the so-called minutiae, or the most important points of a fingerprint because it would be too expensive to store whole images.

Although computers took up the whole room, they improved search times significantly. While it took police examiners a month or more to compare fingerprints for a match in a paper database, computers were able to compare them to a database of 100,000 in just 30 minutes. Today, the same search takes less time than a single blink of an eye.

The FBI ABIS is still running, the bureau calls it IAFIS (the I stands for Integrated). Sometimes the abbreviations, IAFIS and AFIS, are used interchangeably because of the longevity of the FBI IAFIS.

The very first Innovatrics AFIS was deployed in 2009. Along with fingerprints and palmprints, it now also supports faces and irises. In this case, it is called Automated Biometric Identification System (ABIS). 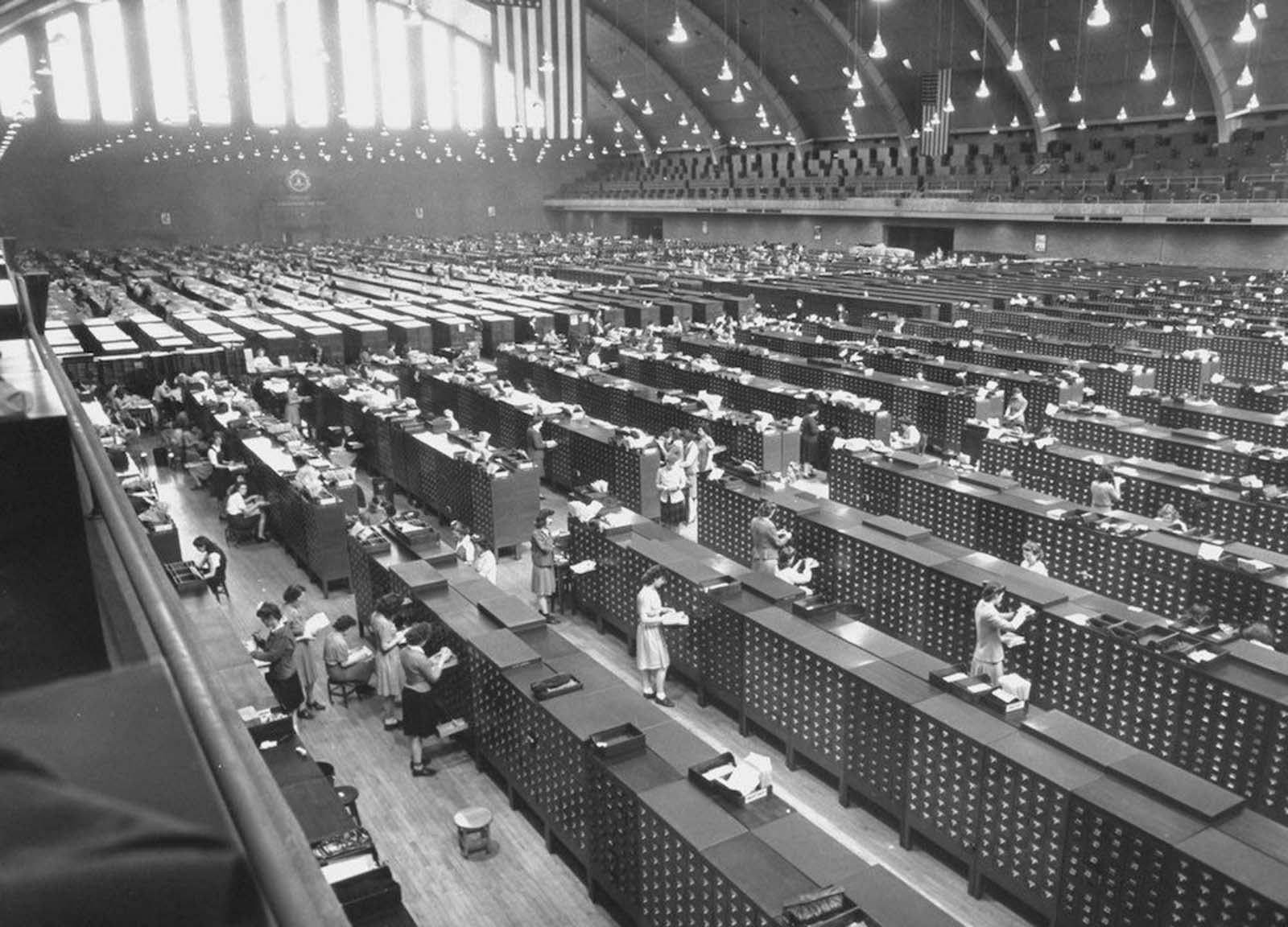 https://rarehistoricalphotos.com/fbi-fingerprint-files-facility-1944/
This is how fingerprint storage looked like before the advent of AFIS.

How does AFIS help criminal investigations?

AFIS is able to search the database for a complete or partial fingerprint and returns matching candidates. Matches usually contain a score expressing the likelihood of being a correct match in the AFIS database. The accuracy of the search can be increased when more fingerprints from the same person are available.

Accuracy also depends on the quality and the completeness of the latent fingerprint. The standardization of templates also means that AFISes can share electronic fingerprints with other systems, e.g., in international investigations.

Automated Fingerprint Identification Systems do not only help find criminals, they can also identify victims by fingerprints. In fact, Innovatrics AFIS in Indonesia was used to quickly identify hundreds of victims of the tsunami in 2018. Such a search had taken months beforehand when done manually.

What is an AFIS database?

The database of the AFIS itself can contain images of fingerprints, sets of fingerprints,  palmprints, and/or footprints along with identifying data of the individual. These can come from criminal investigations or from other sources such as biometric civil registers.

The database also contains templates generated from source images to enable quick searching through the AFIS for match candidates. With the correct equipment, the AFIS database can also be accessed by field computers, helping with the identification of victims of natural disasters or when disbursing state aid.

For mission-critical applications, the AFIS database can be duplicated into a disaster-recovery site. In case of massive failure, this site can be up and running in a short time to continue providing critical services such as in border control applications.

How does AFIS help law enforcement?

The ability of AFIS to search hundreds of millions of records in seconds greatly reduces time spent by the police when searching for identities of suspects, criminals, victims or unknown people. AFIS is also able to assess the quality of the match, decreasing possible errors and mistakes.

When analyzing a crime scene, it is of paramount importance to be able to separate fingerprints of the usual occupants and those of possible suspects. For this, AFIS is indispensable due to its quick response and matching time. It can group fingerprints from the same individuals, reducing search times and the complexity of the necessary searches. In simple cases, it can take only a few hours from finding a fingerprint to identifying and apprehending a suspect.

How does AFIS help border control?

In border control, AFIS can expedite crossing borders while keeping security high. Innovatrics AFIS has been deployed in the Middle East, keeping the busy borders secure and accessed by millions of pilgrims and migrant workers every year.

Unlike manual checks, biometric border control is both faster and more accurate. Fingerprint and facial recognition both outperform the human eye when it comes to accuracy. Combined with high-performance AFIS, border checks are quicker and more secure when coupled with biometrics.

Many passports already have biometrics incorporated on a chip. They are in fact required if one wants to travel to the USA without a visa. The system then compares actual fingerprints and/or face with those stored on the chip.