Latin America is the fastest-growing market for biometric identification technology, with IBG (International Biometrics Group) estimating that it now accounts for 10% of global revenue in the biometrics market. The bulk of the growth has been seen in government projects such as ID cards, passports, driving license, voter cards, etc., but there has also been a sharp increase in the use of biometrics in healthcare, financial services, and security.

Innovatrics has in recent years completed several successful projects in Latin America, including an ePassport Project in Peru, Civil Registration Project in Haiti and Driving Licenses Project in Brazil.  We have made a strong start to 2017 in the region, landing a number of large-scale, multimodal ABIS (Automatic Biometric Identification System) projects.

Oscar Flores, Innovatrics BDM for Latin America & Spain comments: “Latin America is a strategically important region for Innovatrics and we have started 2017 positively, with deals agreed for a number of significant projects. With a strong pipeline and the recent launch of our updated facial recognition technology, we predict that our revenues in Latin America will grow significantly this year”.

With rising security concerns, IT spending and data theft among the key drivers of the need for biometric technology in the region, over 300 million people in South & Central America have had their biometric information taken. According to a report by TechNavio, the biometrics market in Latin America is expected to grow at a CAGR of 23.7% in 2017 and 2018. 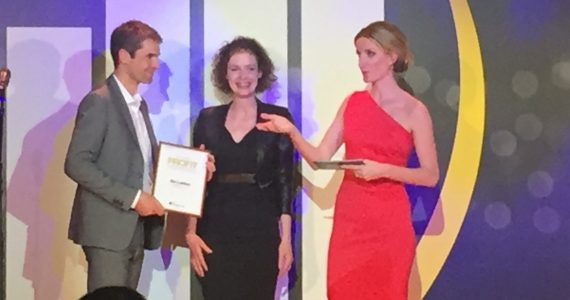 EY Entrepreneur of the Year: Double Scoop for Innovatrics CEO

END_OF_DOCUMENT_TOKEN_TO_BE_REPLACED

Designed to be seamlessly integrated into existing mobile applications, IFace Mobile is a practical solution for banks and other commercial organizations who wish to use facial biometrics, or ‘selfie login’, as a second factor authentication feature in their mobile applications.