The new airport, currently under construction, will use 22 cameras with the new version of SmartFace facial recognition platform to ensure the security of over 1.5 million passengers annually.

SmartFace is a flexible platform that can provide facial recognition and detection in a number of different scenarios. It has already been deployed for access control in smart buildings. Recently, the Honduran airport of Palmerola has opted for SmartFace to ensure public security in the newly built airport. “This project leverages the ability of SmartFace to process a number of video streams simultaneously. It will be capable of detecting suspicious persons through the more than 20 cameras strategically installed around the premises in real-time,” explains Peter Martis, Innovatrics Chief Sales Officer.

Palmerola airport is currently being built in Comayagua on the site of the former airbase. It is set to replace the current Toncontin Airport. Although located right in the middle of the capital, Tegucigalpa, Toncontin is considered as one of the most challenging airports in the world since its short runway is surrounded by a high mountain range and residential areas.

Palmerola is located just 70 kilometers from the capital in a much more inviting terrain, designed to serve over 1.5 million passengers a year once operational. The Honduran government envisions the airport to be one of the pillars of the country’s plan to become a transport hub in Central America. Consequently, it is building modern infrastructure to match these plans, and pioneering solutions such as Innovatrics SmartFace are part of that.

With the recent opening of our office in Brazil, we are more than ready to support the rapidly growing Latin American economies with our top-performing technologies. 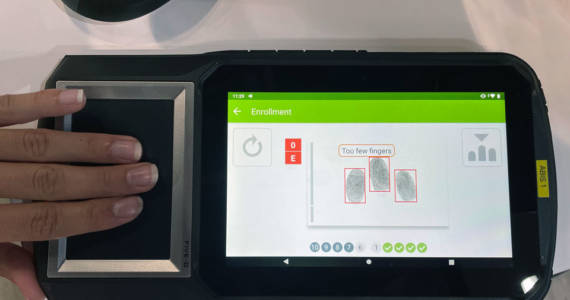