As Biometric Adoption Grows in Latin America, So Does Innovatrics’ Market Share

Driven by government and security spending, cybercrimes, and deployment of face recognition scanners across borders and airports, the biometrics market in Latin America is not only booming with a projected growth rate of 21.25% until 2027, it is also setting the benchmarks for biometrics technology adoption.

“We have penetrated extremely complicated cultural business barriers and reached the trust of powerful system integrators such as Thomas Greg & Sons, Veridos, Diebold Nixdorf, Valid, and Certisign, which have been key to continuous access of new opportunities. Furthermore, the internationalization of our team and the foundation of local presence have already shown results that we expect to continue capitalizing in the near future,” said Oscar Flores, Innovatrics Americas, and Spain Business Regional Director, when asked how the company has sustained its continuous growth in the lucrative region.

The Innovatrics team has witnessed firsthand how biometrics technology has matured in the region, deploying numerous pioneering projects both in the public and private sector. “If there’s one thing the world can learn from Latin America, it is how the banking sector there architectured biometric safeguards to prevent fraud. Having implemented biometrics early on has set them many years ahead compared to other parts of the world,” adds Oscar.

In Mexico, we integrated a biometric system into the risk management model of both HSBC and Banco del Bajio for remote onboarding or login. By having their own database, the banks can reduce their costs when checking a customer’s identity against the national ABIS. In Chile and Brazil, banks like Banco Estado and others affiliated with CredDefense have adopted our biometric solutions for eKYC and other identification purposes.

Continuous Growth in the Region

With more than a dozen ABIS projects in Brazil, it continues to be a major market for Innovatrics. While multiple Brazilian states have adopted ABIS for driver’s license issuance, it has also been utilized for eGovernance to safeguard identity and avoid misuse of social aid. Traditionally holding the lion’s share of the profit, national registry and document issuance solutions implemented across multiple countries are now being challenged by ABIS deployments in the private banking industry.

This year, Innovatrics is expecting strong growth in Digital Onboarding Toolkit, and SmartFace will not be far behind as facial recognition technology becomes more prevalent in the region. The Latin American facial recognition market is forecast to post a CAGR of 16.35% until 2028, boosted by developments in artificial intelligence and machine learning.

To sustain continued growth in the region, Innovatrics has added more locally-based key members to its Latin American team, ramping up its presence to better respond to the rising demand for world-class biometric solutions.

The results are out for the 2020 Biometric Technology Rally held at the Maryland Test Facility, aimed at enhancing industry innovation and advancing technologies that support the U.S. Department of Homeland Security (DHS) and Homeland Security Enterprise operations

END_OF_DOCUMENT_TOKEN_TO_BE_REPLACED 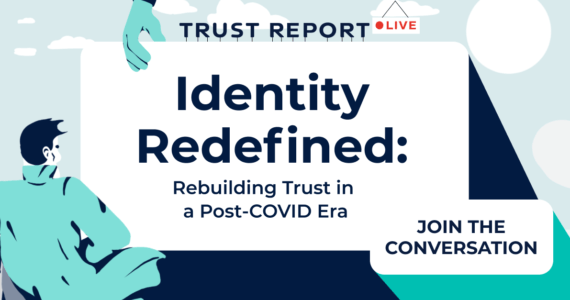 Join us for “Identity Redefined: Rebuilding Trust in a Post-COVID Era” conference this Thursday, February 25th

The pandemic has boosted our online presence: we work, shop and entertain ourselves on the world wide web …