Last week, Slovak President Andrej Kiska led a delegation of business leaders on an official trade mission to Mexico. Among the delegation of 9 was Oscar Flores, Innovatrics Business Development Manager for LATAM. 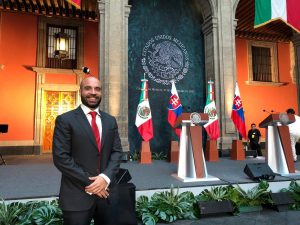 Reflecting on the mission, Flores commented: “The trip was a huge success and an honor for me to be part of it, both professionally and personally. A number of promising business leads were established during our visit and I’d like to place on record my thanks to President Kiska and his administration for their continued support of Slovak businesses who are exporting to foreign markets.”

The delegation spent almost five days in Mexico, visiting both Mexico City and the northeastern city of Monterrey. As part of the mission, business meetings, site visits, and knowledge sharing sessions took place. 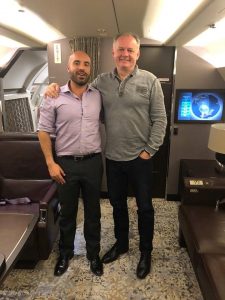 Oscar with President Andrej Kiska onboard the Slovak presidential aircraft.

Innovatrics has a long-established presence in Mexico, with our LATAM regional office based in Puebla. In recent years, we completed many successful projects in the region, including an ePassport Project in Peru, Civil Registration Project in Haiti and Driving Licenses Project in Brazil.

The adoption of biometric technology in the region is being driven by rising security concerns, IT spending and data theft and according to a report by TechNavio, the biometrics market in Latin America is expected to grow at a CAGR of 23.7% in 2017 and 2018.

Innovatrics will exhibit at TRUSTECH in Cannes from 28th to 30th November. The theme for this year’s edition …

END_OF_DOCUMENT_TOKEN_TO_BE_REPLACED 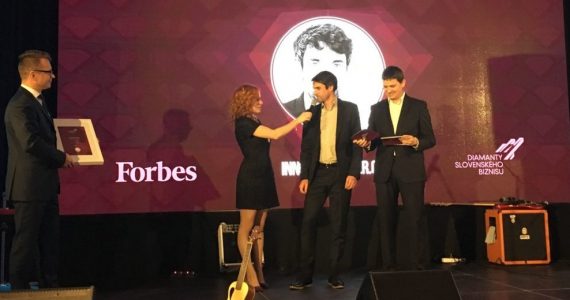